To qualify for Medicaid help paying nursing home bills, you cannot simply transfer your assets and move into a nursing home. But the rules allow you to protect assets if you know your way around Medicaid penalty calculations in Texas.

The government has a legitimate reason for delaying benefit payments.

When a person has assets and gives them away state and federal budgets simply can’t afford it. They would go bankrupt quickly. Congress does not want a person with assets to move into a nursing home on Friday, give their assets away over the weekend and qualify for Medicaid the next week. Neither level of governments can afford to provide nursing home care for everyone. It’s just too expensive.

Those who try to “hide” their savings instead rather than following the Medicaid gifting rules will cause themselves significant financial harm. You don’t want to be one of them. The law penalizes applicants when assets are transferred for less than their value. During the penalty period, the person needing care will be ineligible for Medicaid benefits. This includes gifts as well as “bargain sales.” A bargain sale occurs when an asset is sold for less than its fair market value.  By understanding Medicaid policy it’s possible to use the rules to keep from losing all your assets.

The Texas Medicaid Penalty Divisor Rate and How Its Used

Each state uses a formula to determine the delay. The key factor is an amount called a divisor. The divisor is used to determine the length of the gifting penalty. The government wants to reserve Medicaid only to those who they believe need it. They prefer families spend down their assets before applying for governmental help. These penalties take the form of a delay in when they will begin providing Medicaid benefits.

They use the delays to dissuade transfers they see as solely to gain eligibility.

Congress has set up rules known as Medicaid gifting rules. Government policy penalizes applicants for transfers that take place during a Medicaid look back period. The look back period is the sixty-months immediately before the application date. All transfers made during this period of time must be submitted for review by the Texas Medicaid agency. The agency reviews the transfers to determine if they are subject to penalty.

Transfers where the amount received is less than the asset’s market value are generally penalized. The Texas Medicaid agency assesses penalties in the form of days the applicant is not eligible to receive funding. Every state has its own divisor rate. A divisor sets the length of the penalty for transfers subject to penalty. It is designed to be reflect what a family would pay privately for semi-private care in the state.

For Texas, the amount for 2022 is $237.93 per day. For every $237.93 Medicaid delays the start of benefits by one day. When you apply for Medicaid nursing home benefits, the application asks a simple “yes/no” question about asset transfers. The question asks whether you transferred any assets during the 60 months before applying. If the answer is yes, you must list each asset transferred. You also have to disclose its market value at time of transfer, how much you received for the asset, and who received the property.

The Texas Department of Human Services reviews your answers as part of the application process. A Medicaid employee works out the penalty calculation. Let’s look at an example using the Texas divisor rate. This works out to about $7,233 per month. If the amount transferred is $72,330 then the Texas Medicaid penalty calculator would look like this:

This means that there would be a ten-month delay before Medicaid provides funding for nursing home room and board. The patient and their family are responsible for payment during that time.

When does the penalty start?

Under the Deficit Reduction Act, the penalty would not start until five conditions have been met.

According to Genworth’s 2020 Cost of Care Survey the average semi-private rate in Texas runs a family $5,019 per month ($60,228 annually). . Costs for a private room are understandably more. The survey estimates the median annual cost of a private nursing home room at $76,656 a year. Metropolitan areas like Houston, Dallas, San Antonio and Austin are usually on the higher end of the scale running. Semi-private rooms are about $5,625 monthly. Private accommodations about $7,635 per month.

There are ways to avoid the penalty, but you need solid advice from an elder law attorney. An attorney skilled in Medicaid planning can help you position assets in ways that avoid a penalty. To keep the most assets for family members requires careful advanced planning. The best solution is one that transfers assets outside of the five-year look back period.

Of course, it is difficult to predict when you will need long term care.

Can the penalty be reduced?

If you find yourself on the wrong side of the penalty calculation, there are ways to “cure” the penalty. Congress created a special provision that reduces the length of the penalty. This law says that if all or a part of the gifted assets can be returned to the patient, the penalty can be eliminated. By returning the assets you can use other strategies that better fit your needs.

As you can imagine, the rules are confusing.

You’re better off getting guidance from an attorney. Texas Medicaid penalty calculations are complicated. It’s made more challenging when people make transfers without knowing the law. Unintended consequences are the norm without experienced direction. As with most Medicaid planning strategies, talk to an elder law planner for reliable advice. 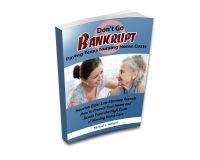